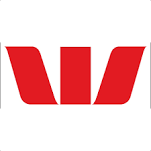 Westpac Banking Corporation, more commonly known as Westpac, is an Australian bank and financial-services provider headquartered in Westpac Place, Sydney. It is one of Australia’s “big four” banks. Its name is a portmanteau of “Western” and “Pacific”.

As of March 2018, Westpac has 14 million customers, and employs almost 40,000 people. Westpac’s vision is to be one of the world’s great service companies, helping customers, communities and people to prosper and grow. In 2017, Westpac was recognised as the most sustainable bank globally in the Dow Jones Sustainability Index; the fourth year in a row.

Westpac Banking Corporation 西太平洋銀行, 5.0 out of 5 based on 2 ratings
Rate this bank:
GD Star Rating
loading...

Bank office on the map